The First Tree Was Planted in 1927 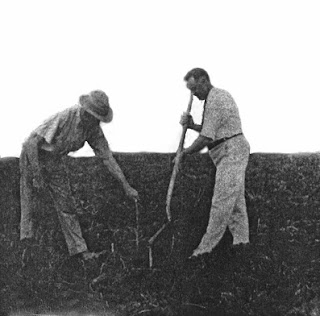 
When Wray first came to Florida, he sold real estate for Homeseekers, one of Joseph W. Young's companies.  He noticed the shortage of oranges during the summer and the high prices.  He saw the late summer-maturing Lue Gim Gong Valencia oranges, developed by a botanist in central Florida, as a new opportunity.  The fruit could be harvested when the other varieties were out of season.

He bought 320 acres inexpensively in the drained Everglades west of Davie from Frank and Mittie Chaplin.  Flamingo Groves was incorporated in January of 1927.  Floyd L. Wray was President, Frank Stirling Vice President, and Jane Wray was Secretary-Treasurer.  With the help of Frank Stirling, a member of the U.S. Department of Agriculture and the Florida State Plant Board, a bare field soon became citrus as far as the eye could see. 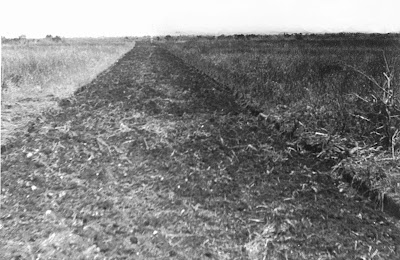 Not a pretty picture. This is what the plowed land surrounding the oak hammock looked like in 1927.  The area was already drained by canals built in 1906 by Florida Governor Napoleon Bonaparte Broward.  The soil was rich and, with time, a lush grove of citrus would replace the bare landscape. 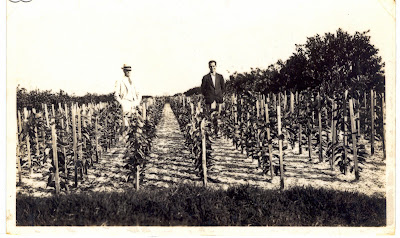 The first trees were planted in tight rows and would be replanted later. 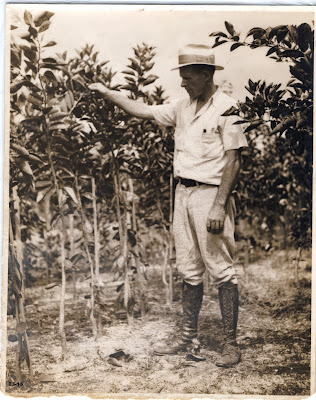 Young 5-6 foot trees are pruned by 1/3 and then dug up. The soil is washed off the roots again.  The trees are packed in a bundle and sent to the banting crew. 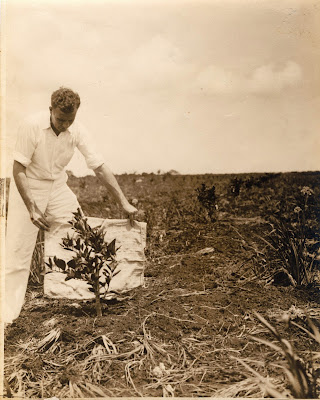 The banting crew replanted the trees over 40 acres with plenty of room to grow to maturity.  Robert Wood, shows a young tree in the planted grove. 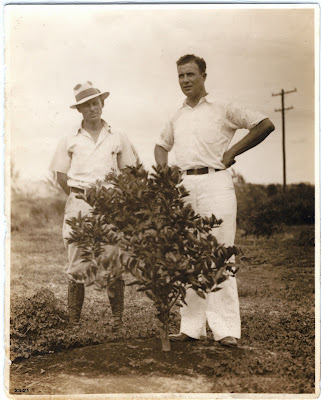 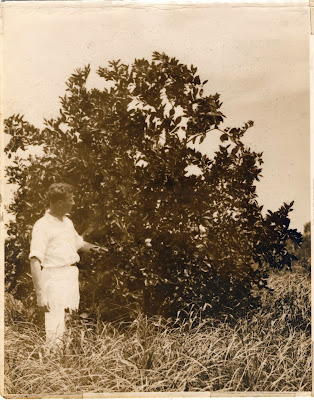 It takes years for the trees to mature and bear fruit. 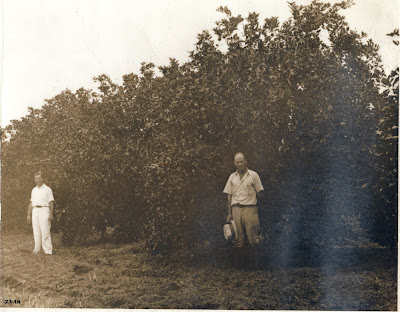 As the first trees grew, others were started and replanted.  More varieties of citrus were included in the expanding grove. 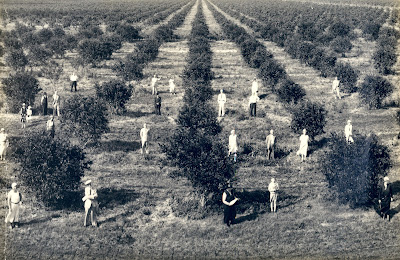 To raise funds during the depression, Wray offered 5-acre parcels for sale with a five-year contract.  Flamingo Groves would care for the trees.  After five years, buyers had the option to return the land at a previously specified price or receive the profits for sale of the fruit. 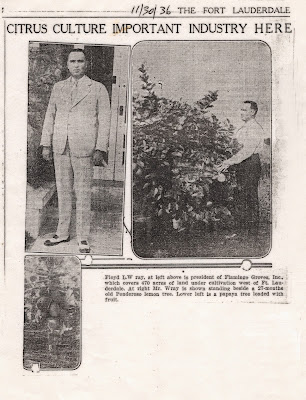 By 1936, 470 acres were planted with a variety of citrus and fruit trees such as papaya.  At its height, Flamingo Groves covered 2,000 acres, about three-square miles, and grew almost 80 varieties of citrus.

Today, unfortunately, there are few citrus trees left anywhere in Broward County, due to hurricanes, and rapidly spreading diseases like canker and citrus greening.  Flamingo Gardens today has a few citrus trees, but most have been replaced by mangos and other varieties of fruit. 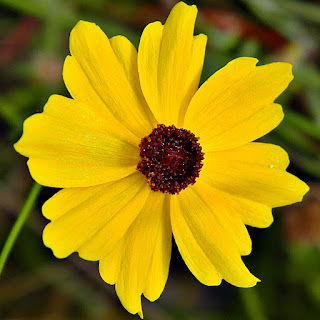 Creating a Hummingbird Habitat in Your Backyard